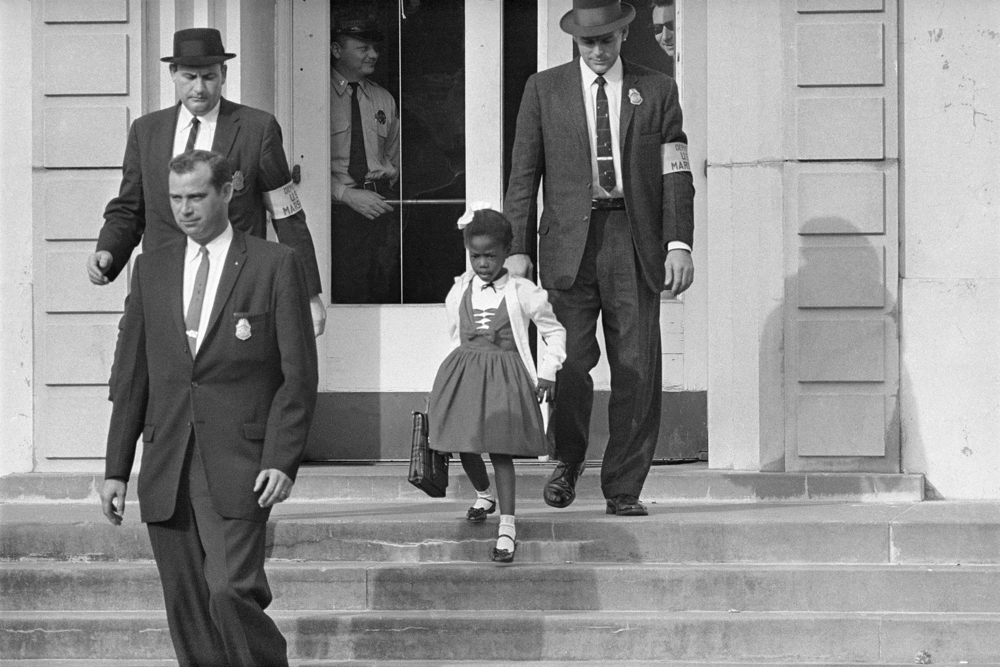 Ruby Bridges was born in 1954, in Tylertown, Mississippi. Ruby Bridges was born in the same year that the Supreme Court voted on Brown v. Board of Education, making the decision to desegregate schools. Ruby Bridges was the only African American student to attend the William Frantz School, near her home, and the first Black child to attend an all-white elementary school in the South. Ruby Bridges and her mother were escorted to school by federal marshals every day due to violent mobs. Ruby Bridges faced a lot of racism, discrimination, and hate for attending an all-white school. Her brave act was a milestone in the civil rights movement, and she's shared her story with future generations in educational forums. In 1963, painter Norman Rockwell recreated Ruby Bridges' monumental first day at school in the painting called, “The Problem We All Live With”. The image of Ruby Bridges being escorted to school by four white men graced the cover of Look Magazine on January 14, 1964.